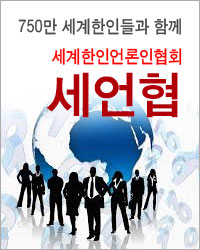 Which school do you go to?

Are you on scholarship at the school? If so, what for?

I was on an academic scholarship for the five years I was there.

Initially it was a 4 year scholarship award which I got by sitting the scholarship exams, but I got an extension for the fifth year.

When did you Ivy League dreams begin?

My Ivy League dreams began between year 9 and 10, and previously I only heard of some of the Ivy League universities. However, it began to be serious from year 11 onwards, where I decided I was going to do some intensive preparation for it.

What did you do to prepare for that dream?

I started preparing in year 11, and King's College had me already involved in various extra-curricular activities. I still did more and started to vary my activities slightly.

I first started with preparing for the subject SATs and did them in May 2011 and May 2012. I continued as I did in year 12, and my mum gave me more direct advice with regards to what I had to do through her research.

Last year, I signed up with Victor's Ivy+, and Victor has since then helped me immensely with the SAT 1 and essay writing.

When did you start preparing for the Math Olympiad? Did you receive any outside help?

I first started on Olympiad problems when I was introduced to them in year 9. I started to train more intensively for it starting in year 10, and that was my first selection camp. In that year, I briefly received help from the EIE maths classes. Later on, I found more tutors including an old King's student who was a New Zealand representative himself for two years before working more independently. However, for a brief moment, I did intensive training with a tutor before the international competition.

Apart from Olympiad, what other activities were you involved with?

The main one that I was involved in was scouting, through which I did the Duke of Edinburgh Award and the Queen's Scout award, both of which I completed. At school, I did debating, badminton, water polo, music (the bassoon and the clarinet), and various community service projects, particularly my Middlemore reception service, where I did reception work voluntarily.

The application process is a long and difficult journey, especially the SATs, how did you do in that?

I started preparing for my SATs for a while, but my subject tests were done in year 11, and I finished a year later. I got 800 in most of my subject tests so I could then focus more on the general SAT. Although preparation first started in year 10 with a brief moment in EIE's English class, later on, after signing up with Victor I started preparing with him after my first sitting. I sat the test three times in total, and got 2400 on the last sitting. Victor's 7 day SAT crash course and his self-study resources were particularly helpful and boosted my scores immensely, as it has done for many other people.

What do you feel like was the most difficult part of the application process?A particular aspect of the application process that stands out is the essay component. For me, I felt that my life was rather ordinary (after all, it was my standard outlook), so the challenge was to try and make it interesting. My rather mediocre writing skills did not help me in this case, but Victor helped me a lot with these essays to make me feel more comfortable.

How was the interview? How did you practise for that?

At the time, I felt that arguable it was the worst interview out of all the alumnus interviews I did, and I did not get to express my thoughts as coherently as I would have liked to. However, the interviewer actually sent me an email telling me that my interview was very good, so that was definitely a nice surprise. The US interviews were all similar, so Victor helped me with my first interview. Because he was one of the alumni interviewing applicants, he had the question types which could potentially arise in an interview, but adjusted them to fit the particular school. From then on, I researched the specifics of each universities and what was unique to them, with much help from Victor and by asking some ex-King's students in Ivy league schools.

You got into Princeton with full financial aid. How does that feel? Was it a surprise?

Just getting into Princeton was an incredible achievement for me. Getting a full financial aid was an even greater surprise, and I felt really happy about it. It meant that the family wouldn't have to pay the full price for the education and my sister would have more support for her career.

Considering that only 2 students from entire South Korea got accepted, and only 2 from entire Australia, how do you think you, as a Korean New Zealander, got in?

Even just getting into Princeton was a great achievement for me and it took me some time to absorb this fact. Hearing the statistics later on was a bonus to my self-esteem, as it meant that even in an internationally competitive process, I was still fortunate enough to be accepted by a top-tier university. Even now, it is hard to believe that I have pulled through such a competitive field.

Congratulations again, do you have any last pieces of advice for future applicants?

Even having gone through this process, the applications still have me confused, and I think sometimes it is hard to predict what would happen (including my unexpected acceptance into Princeton). However, if I were to give a few tips for future applicants, I would say doing the things I enjoy actively helped me with this process, and even though it is important to keep up good grades, an all-roundedness is also really important. Finally, I think it is great to preserve relationships with those that have helped you, as it will really help you get references that are written personally, and these people will stick with you throughout this process and support you. However, I am sure Victor can give much better advice than what I could.